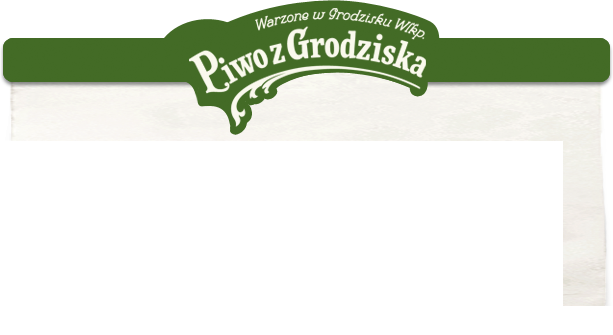 A legend was born
Grodziskie is among the oldest beers in Europe. Its name comes from the town of Grodzisk Wielkopolski where the beer was born. This is the only beer style from Poland, referred to by many professionals as “the pride of Polish brewing”. Beer production in Grodzisk Wielkopolski started in the Middle Ages, in the early 14th century (traditionally, the date 1301 has been adopted). Originally, the beer was brewed by opulent Grodzisk inhabitants for their own needs. They could afford their own malting houses, called at that time “braseatoria”.

The brewing elite
In the 17th and the 18th centuries, beer production in Grodzisk flourished and the output was considerable by the standards of the day. Aware of the uniqueness of the local beer, the brewers went to great pains to maintain its quality. This is reflected in the oldest preserved Grodzisk brewing statute from 1601. The document detailed the rules of the production process and protected the beer’s high quality. The beer was difficult and expensive to brew, and as such held in high esteem.
Once Grodzisk beer was brewed, it was tasted by the mayor and the councilmen. Each cask of Grodzisk beer was marked with a special stamp which guaranteed its originality. Breach of the rules incurred harsh punishment.
Only a few had the honour of joining the Grodzisk Maltsters’ Guild; the membership fee for maltsters from beyond the town was the highest in the region of Wielkopolska. It amounted to 600 guilders, while the most established Poznań guilds charged only 100 guilders.

The beer’s reputation
In the 18th century, the beer from Grodzisk Wielkopolski was already famous all over Wielkopolska and beyond; the beer was exported to neighbouring countries. It enjoyed such popularity that Poznań town hall almost exclusively imported and sold Grodzisk beer. Civil servants were rewarded for good work with the beer.

Grodzisk beer was one of the more expensive beers; it cost twice as much as the other golden brews of that time. Every respectable burgher or nobleman aspired to have Grodzisk beer in his cellar, as it was regarded as a status symbol. A host who treated his guests to Grodzisk beer was an extremely generous person.

Between the World Wars, Grodzisk beer was exported to 37 countries, including China and the US, as well as to African countries. The beer was an excellent thirst quencher, and its moderate alcohol content did not lead to intoxication.

Poland’s beer capital
For centuries, Grodzisk Wielkopolski was the biggest site of beer production in Poland while Grodziskie beer was held in high regard abroad; no other beer brewed in Poland stood comparison with it.

Grodzisk Wielkopolski was referred to as “Poland’s beer capital”; it hosted the top schools where the town’s illustrious brewers shared their knowledge.

The end of the legend, and its revival many years later
After 1945, the brewery was nationalised. As a result of proprietary and economic problems, the last batch of Grodziskie beer was brewed in 1994. After 20 years of virtual standstill, the legendary beer is back in the shops, the proud products of the Grodzisk Wielkopolski Brewery!

A treasure of the Polish art of brewing
Grodziskie is the only Polish beer style, the country’s contribution to the history and development of beer brewing. It is referred to as a “champagne among beers” for its unique taste and high quality. It was mentioned in the guide to the world’s best beers by Michael Jackson, the “pope of beer brewing”. 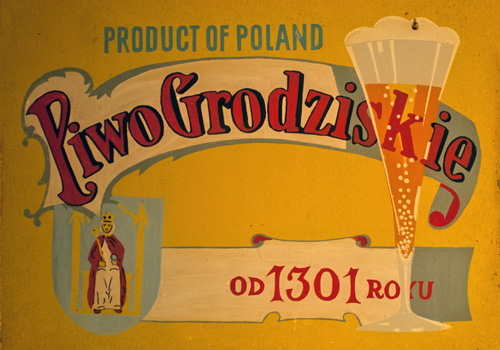 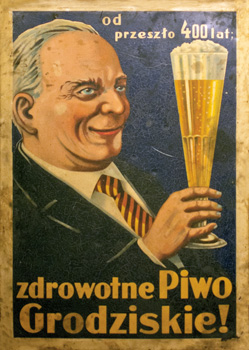 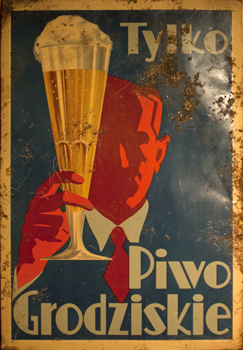 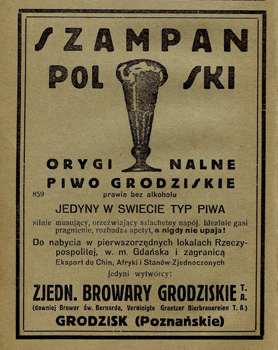 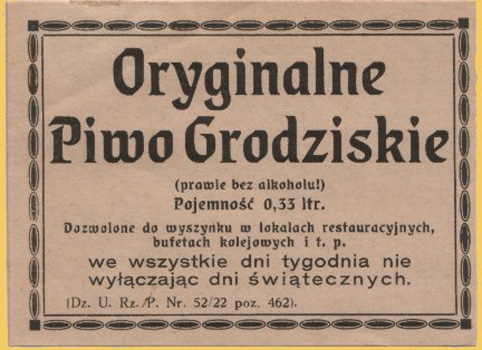 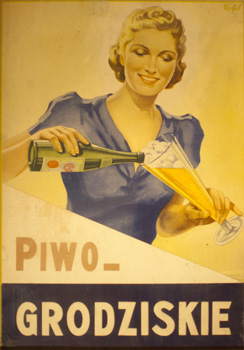 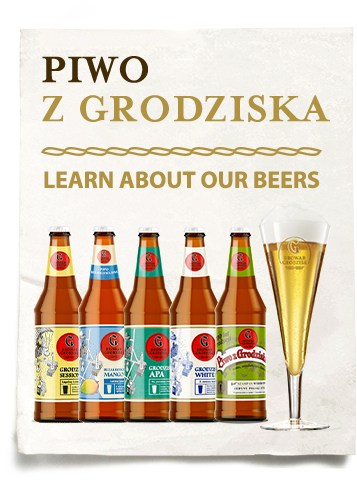 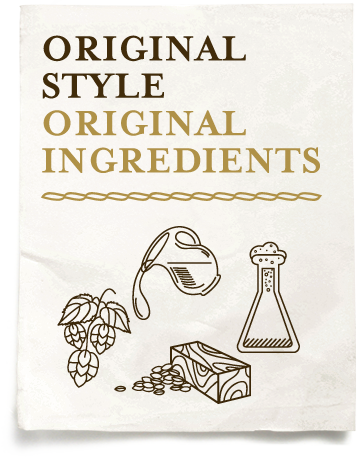